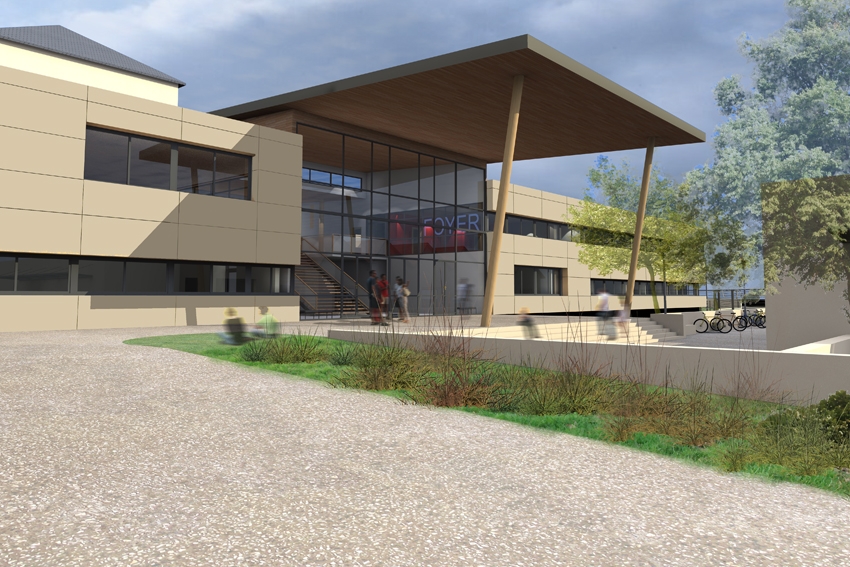 This school, before its restructuring, is characterised by a breakdown of its functions: they are without consistency, without identification, with no centre. Since their construction in the late nineteenth century, the buildings have been successively transformed from junior school, to secondary school, to boarding school and staff housing. In the 70’s, new buildings complement those of the nineteenth century, this addition of space having been carried out without a master plan.

With this in mind, the school has been re-organised according to a functional scheme with the heart of it noticeable from the entrance and connecting the high court to the low court and from which all the main circulations of the establishment start.

Minimal interventions for the benefit of the school

A fine building analysis has allowed to preserve the best existing assets and minimise the financial impact of the restructuring, the two approaches being complementary. Therefore the following strategy has been developed:

The working axis will have been to remove as little as possible in order to functionally reinvest the school, and enhance the ancient heritage in a safeguarded sector area. The sole volumetric addition is a large zinc awning and large windows defining the new hall.